Those who live along a southern coast know about the “Cone of Uncertainty.” It starts to appear as the National Oceanic and Atmospheric Administration (NOAA) tracks a storm system through the tropics. The cone is intended to represent “the probable path of the storm center,” showing its WHERE and WHEN over the next several days (or at least the estimated general area). 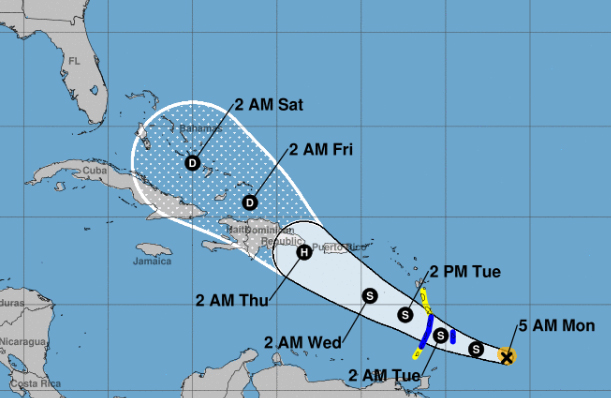 Do you wish that the coming of Jesus had a “cone of uncertainty,” which would depict the expected WHERE and WHEN of the Lord’s return? “Well, it looks like He could be here on Friday at 2:00 a.m.” How would that change your life (especially on Thursday)?

The reality is that we know the WHERE — everywhere on earth (1 Thess. 4:3-17; John 5:28-29; Rev. 1:5). So, it doesn’t matter if we’re on the coast, in the mountains or on the prairie. But, the WHEN could be any time! God’s cone shows His impending return…every single day. Have you made all of your preparations? There are no actual cones or warning signs!